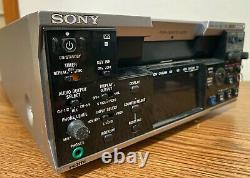 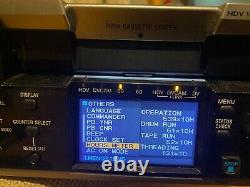 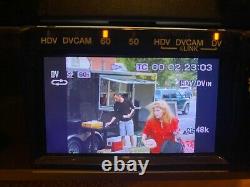 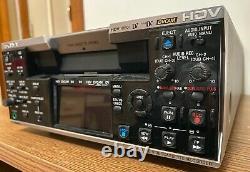 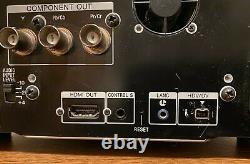 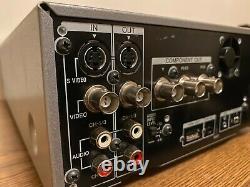 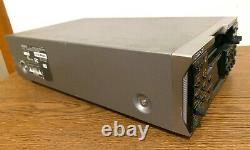 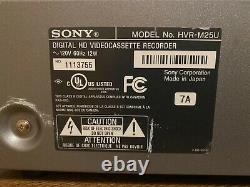 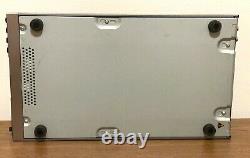 This is a Sony HVR M25U HDV/DVCAM/mini-DV Video Cassette Tape Recorder/Player. It is NTSC and PAL compatible. I tested this video recorder before taking the photos. It play back and eject the cassette tape as expected. It has 1394 firewire port that works well too (the port is 4-pin firewire).

There are some scratches on one side of the recorder case (shown in one photo). The hour meter shows 52 X 10H tape run hours. The total power on hour is 539 X 10H which is only sitting there with power on but not actually used. It comes with a AC power cord.

I would suggest not using bad tapes. I did fully test and confirmed this recorder is in good working condition before taking the photos. Please only use good tapes so that this recorder will work well in a long run.

When we took photo of the hour meter, it shows. This hour meter reading is low to this kind of pro video equipment. The Sony HVR-M25U is an HDV format VTR ideally used with desktop editing workstations. The deck can play back both NTSC/PAL signals, as well as 720p30.